This week, the New York Times announced that Somali pirates had released 26 captives, mostly from Southeast Asia, who had been held in the desert for ransom. They had been captive for four and a half years, and are among the last of many prisoners in Somali captivity to be released.

2016 Speaker Michael Scott Moore knows what it is like to be a hostage. He was also captured by Somali pirates, in 2011, and was held for two and a half years. He and his fellow captives underwent great mental, physical, and emotional suffering. What kept him going, you might ask? Well, he’s going to tell us about it in his talk this year.

Our popular media is full of stories of people undergoing captivity and loneliness; they turn to everything from family photos, to escape 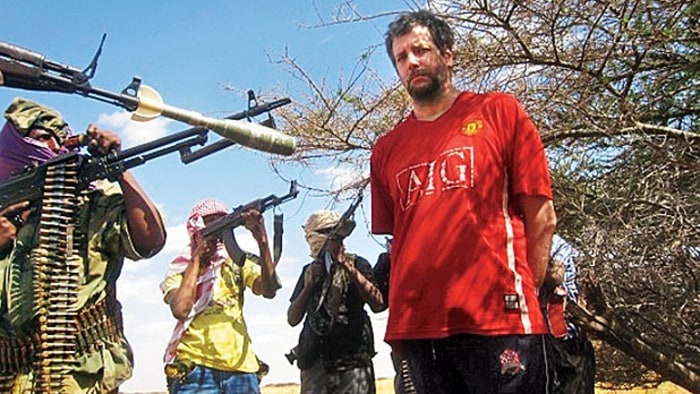 plots, to painted volleyballs to maintain a sense of connection and hope.  Even children’s stories feature capture by pirates, but the reality is much more strange and frightening.

Mike is a writer, and he’s promised to release a memoir about his harrowing experience – but first, he’ll share it from our stage. Come to our Nov 19-20 event to hear this incredible story of courage and perseverance (a year before it comes out in print!).